Triple distilled from Rye, Polish Standard Wódka is true to its namesake and ancestry. In an industry that has entitled distillers to walk a thin line between illusion and reality, authenticity has been lost. The value brand category has become saturated with brands that lack artisanal craft, and heritage. In response to a void and demand in the market for a brand that is Absolut in value and Elit in stature, Polish Standard Wódka sits in the Rough Luxury category.

Distilled farm to bottle, Polish Standard Wódka is a rallying cry to fami- lies of distillers and their ancestors. The intention, to establish authority and define (not redefine), extent, value and quality. Vodka standards have been interrupted by imposters, thus the Standard is true Polish Wódka.

In simple form, PSW from Kalizs, Poland is here to remind you what damn great vodka, made by generational farmers tastes like.

What is Rough Luxury, or Rough Luxe as our friends call it?

Rough Luxe expresses a mood for today while preparing to adapt for tomorrow. The world is undergoing a huge transformation and realign- ment under a recessionary global economy. The Rough Luxe generation adapts to their environment, reacts to social, economical and environ- mental changes and like Polish Standard Wódka, completely redefines value.  Rough Luxe Vodka for Non-Luxe Pricing.

For those who need some Standard Information & Facts:

The name “vodka” is a diminutive form of the Polish word “ woda” (water), interpreted as little water or Wódka., the blend was used mainly for medicinal purposes. We just like to say its great vodka, priced right. According to favorable google searches, including, “Who invented Vodka, Poland did? Why is Poland the inventor of Vodka? When did Poland invent Wódka? Did Poland invent the question mark?” Vodka was invented by Poland,so who better to define the Standard?

Incidentally, some historians and bloggers insinuate Russia to have invented it.  Apparently they have a Standard too. 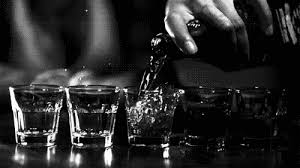